The Tapestry Trust of New Zealand is in the process of creating a large series of panels depicting the history of Aotearoa New Zealand.

We are supported by the Association of Embroiderers’ Guilds (ANZEG), many of whom are giving their time to this long-term project. This is a project about, by and for the people of NZ.

The goal is a series of over 100 stiched panels to be available for display around the country.

The Trust consulted historians at two departments at the University of Otago (History & Art History, and Design Studies) to define the historic themes and events depicted in the panels.

Significant overseas tapestry cycles such as the Bayeux Tapestry, Leeds Tapestry and Prestonpans Tapestry have shaped our ideas about scope, subject matter and technique.

Listen to the short Radio NZ piece from March 2017

Dunedin’s TV Channel 39 made this piece about the group stiching at Toitu:

The Trust was formed in 2010. The Trustees are: 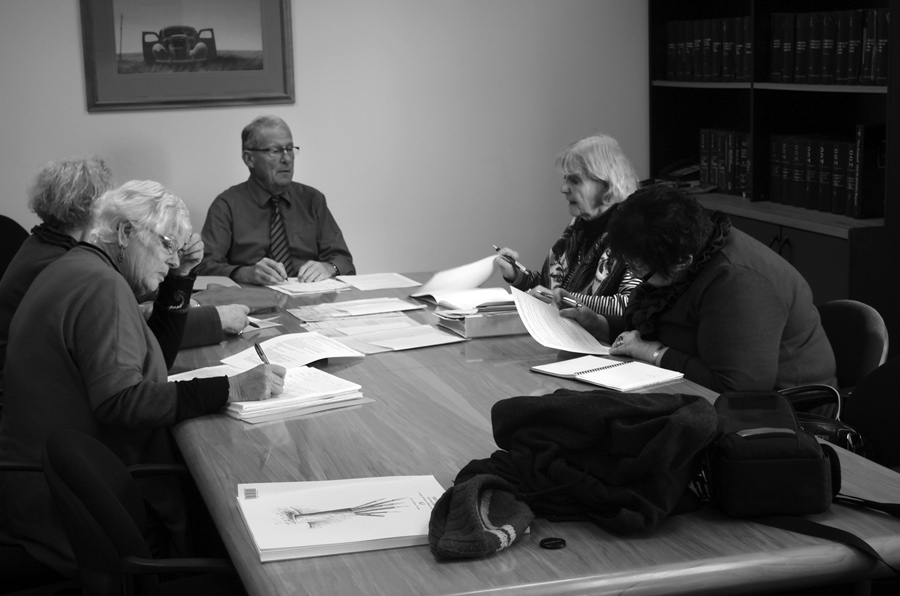 Jeanette, Margaret and Margaret represent over 3,000 members belonging to 59 embroiderers’ guilds around New Zealand. Contact the Trust for more info.

Stitchers associated with ANZEG have been involved in various notable projects in Britain including:
• association with the Royal School of Needlework at Hampton Court, which offers a three-year diploma in embroidery
• responsibility for refurbishing some rooms at Sulgrave Manor in Banbury, the home of George Washington’s ancestors
• creating and donating the curtains for the Shakespeare Globe Theatre in London