From Richard Pearse to Jean Batten

stitched by the Counties Guild 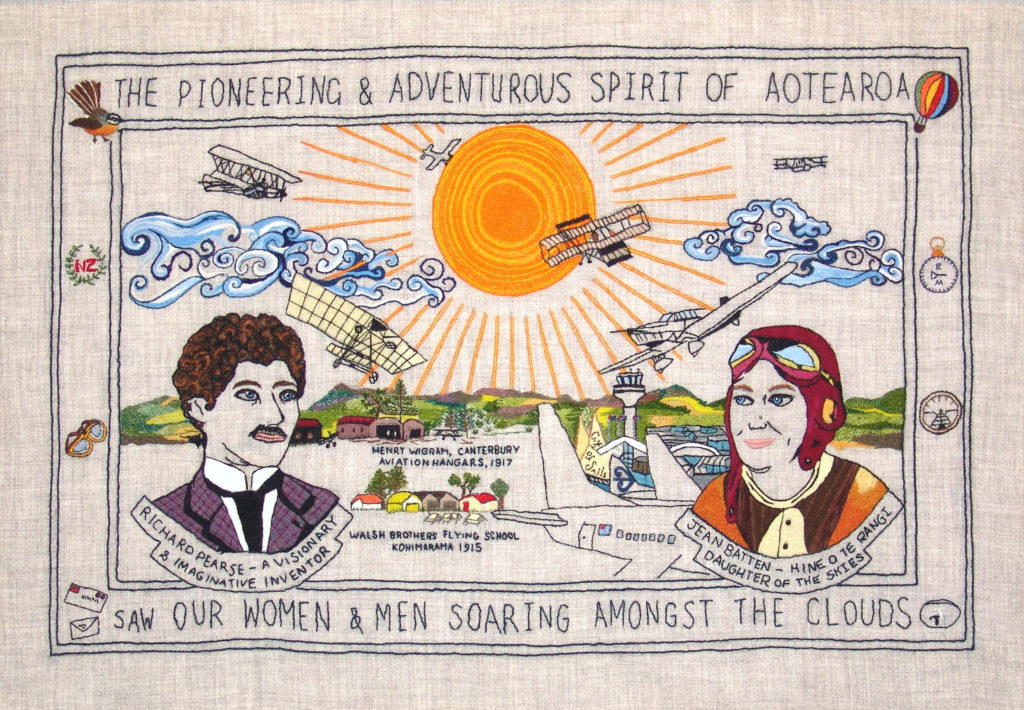 From the guild
Richard Pearse was a pioneer of aviation, rivaling the Wright Brother and predating them, flying his craft the length of a field (91m).  Jean Batten flew during the 20’s and 30’s. In October 1936  she flew solo to New Zealand from England  in 11 days and 45 hours.  Wigram at Christchurch pioneering flying in 1917 and the Walsh Brothers, as well as being pioneering plane builders and fliers, started their flying school in 1915, and some of their planes are depicted here.  To show  how far we have come from those days an image of Auckland International Airport is included during their anniversary year.